A Quick Overview of Systemic Racism in America – Plantmade Skip to content
FREE SHIPPING on orders over $39.99

A Quick Overview of Systemic Racism in America

I'm sure it is no coincidence that we are taught that in 1865, the 13th Amendment to the United States Constitution outlawed slavery and other forms of involuntary servitude. Black slaves were freed, and so all problems stemming from the outrageous practice of slavery faded into the ether.

While the racist, white slaveowners of the past may be long dead and their overt, blatant racism now generally frowned upon by [most of] society, America still has a problem concerning race. Publicly, people pride themselves on not using racial slurs and being “colorblind,” claiming that racism died a long time ago. However, systemic racism is defined by racism expressed through social, political, or economic institutions. 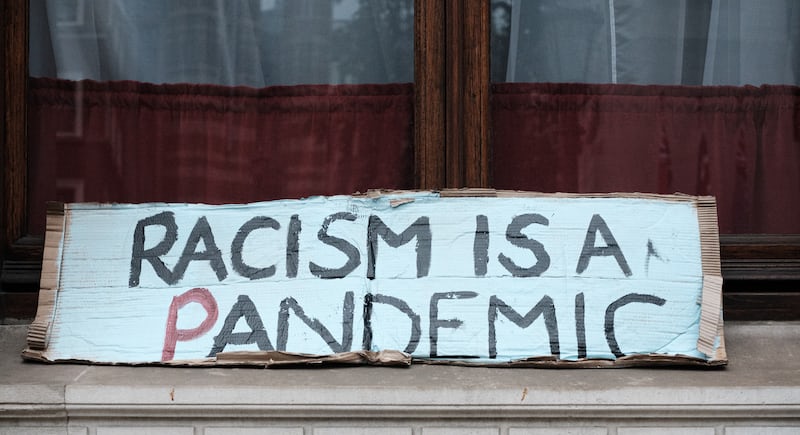 
Why are these disparities present in America? Systemic racism. Over the decades the voting power of Blacks have been suppressed; their access to housing has been denied; petitions for welfare and social services have been rejected; budgets for education, healthcare, and more in predominantly Black communities have been slashed. A Black child lives in an unequal world compared to their white schoolmate, with a school filled with dilapidated textbooks and underpaid teachers. A Black woman lives in an unequal world compared to her white coworker, with employment opportunities squandered and constantly being passed over in favor of lighter shades of skin. A Black man lives in an unequal world compared to his white neighbor, with real estate agents hesitant to show certain homes and banks quick to raise rates of down payments. In places where crime rates run high, instead of educating the next generation and giving them the resources they need to stay away from crime and succeed, cities pay their police forces more. When all you have is a hammer, everything looks like a nail; this rings true for every underserved Black community. These communities are heavily patrolled by untrained and incompetent police forces. Police officers only have two “hammers” in their hands: a pair of handcuffs and a gun. With this in mind, it should not be surprising that a leading cause of death for Black men is being killed by a police officer; it should not be surprising that despite representing a minority of the American population, Black people make up nearly forty percent of America’s prisoners.


It is far past the time to replace these ineffective and dangerous hammers with actual tools that can prepare our nation’s Black population to succeed. Instead of police brutality, we need mental health counselors to address the generational trauma. Instead of excessive disciplinary actions in schools, we need better teachers and guidance counselors to help Black children achieve amazing things. Instead of treating every problem in Black communities like a crime, we can invest in and empower Black communities/neighborhoods/individuals. This investment will lower rates of crime and improve standards of living far more than any police force ever will.


Systemic racism is a plague among American systems of politics, economics, education, justice, and healthcare. It hides behind words like “redlining,” “gerrymandering,” “voter ID laws,” and “mass incarceration.” These systems cannot be reformed enough to sustain equality, because their existence demands the oppression of Black communities. It is only through the revolution of these systems, through investing and not defunding Black communities, through abolishing the loophole in the 13th amendment that allows for the inhumane prison-labor industry, through the uplifting of Black bodies and voices instead of criminalization that equality can truly be achieved.


Systemic racism is real, and it is time for it to die.